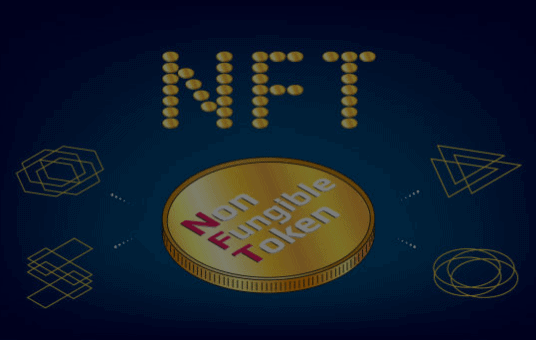 NFT is one of the newest currencies that has made a lot of clamor in the world of cryptocurrencies and has even opened the door for big companies such as Formula 1, Nike, and Louis Vuitton to the world of digital currencies. In Persian, they are also called non-fungible tokens, irreplaceable tokens and unparalleled tokens.

As you read this article, hundreds of thousands of dollars are being exchanged between different users in the online marketplace to buy and sell such tokens. Every day we hear in the news that new records are being set for the purchase of NFTs and there are people who are willing to spend several hundred thousand Dollars for one of them.

For this reason, in the following, we get help from Mohammad Hosseini to explain the concept of NFT and then introduce their exciting functions. in recent years, Hosseini as one of the experts in the field of cryptocurrencies, has prepared and edited a lot of training contents in the form of texts, podcasts, and videos and has provided them to those interested in this emerging phenomenon. Born in 1996 in Tehran, he is an entrepreneur and an activist in cryptocurrencies, forex, stock exchanges and other financial markets. He is the CEO and founder of Hosseini Finance complex.

Who knows, maybe one day, you will make a good profit thanks to buying and selling such tokens. So, stay with us until the end of the article.

“Non-fungible Tokens”, abbreviated as NFT, are tokens in which each unit is not equal to the other. In currencies like Bitcoin or even Rials or Dollars, each unit is no different from the other and the value of both is the same. This means that you can exchange a 100,000 Rial banknote for another 100,000 Rial banknote without worrying about the difference in value. These currencies are Fungible Tokens.

But it is not the case in fungible tokens. The reason lies at the specific specifications of each unit of these tokens, which is different from any other unit of the same currency. To better understand this, let’s look at one of the first projects that used NFT and became very popular. CryptoKitties is one such a project in which each unit is identified as a cat character with different characteristics from the other units. In other words, if we compare the cryptocurrency Blockchain with the Bitcoin Blockchain, each cat in the cryptocurrency block will represent one Bitcoin in the Bitcoin Blockchain. The difference is that each cat will be different from the other cat in terms of specifications and price. For example, a cat that has a particular breed, color, and skill, may be several times more valuable than another cat that has a different breed, color, and skill. This is not the case with fungible tokens such as Bitcoin and Rials, in which one Bitcoin will always be equal to another Bitcoin and one Rial to another Rial.

Now that you are somewhat familiar with this technology, let’s take a look at some of the functions of non-fungible tokens that have recently attracted a lot of attention.

What is the function of NFT in collections?

It can be said that NFT is currently the most popular function in collectibles and rare collectibles. The example we gave in the previous section on cryptocurrencies was an example of the use of NFT in this area. Thanks to the Blockchain, each user who buys one of these special cats will be sure that it belongs to him for the rest of his life and may be able to sell that cat at a much higher price in the not too distant future.

Just like in the real world, where many people are interested in collecting rare antiques, this is possible in the digital world. There are still many users who are willing to pay exorbitant fees to obtain such special digital items.

But it is not all about cryptocurrencies and cat collecting. Digital cards, stamps, etc. have opened their feet to this fascinating world, and surely in the future we will see the entry of other fields into collecting with NFT‌.

What is the function of NFT in video games?

Because gamers are already familiar with the concept of collecting points and virtual worlds and collectibles thanks to playing various video games, they are also one of the largest NFT buying and selling markets.

Even if you have played a video game in your lifetime, you know that in most of them it is possible to find special items. Thanks to Blockchain and NFT, these items can be converted into tokens, allowing users to trade with each other without the intervention of a third party (such as a game company).

This feature may not seem like a big deal at first glance, but it is exciting to imagine that you can make huge profits by playing and collecting rare items and selling them.

Axie Infinity and Gods Unchained are some of the games that use NFT. In Axie Infinity, for example, you can go to war with other users and creatures by finding animals and raising them to make a profit.

What is the function of NFT in the field of fine arts?

One of the most important concerns of artists in the virtual world is to protect the rights of the works they create. Consider, for example, an artist who spends days creating a digital painting and copying it as soon as it is published on the Internet, and in many cases it is almost impossible to find the original creator.

This problem can also be solved with the help of NFT. These days we see many artists selling their work in the form of an NFT token in special markets and selling it at high prices.

SuperRare and Rarible‌ sites can be named among the platforms and markets that have been created for this purpose. Each user can register his digital artwork by visiting these sites and put it up for sale in the special markets of these sites.

What is the function of NFT in virtual worlds?

Another attractive function of NFTs is in virtual worlds. Platforms like Decentraland and The Sandbox allow users to buy and sell land and houses in a part of the virtual world, just like in the real world, where houses can be built and sold.

In the future, people may no longer buy land and houses in the real world to maintain the value of their property, and may start buying land in virtual worlds. It may be very hard for you to believe such a sentence now that you have read such a sentence, but it is very likely that this scenario will become a reality in the coming years. This is because the present generation has been familiar with virtual worlds since childhood, and its understanding is more tangible for these people than for older people.

Other applications of NFT include the ability to tokenize real-world assets such as corporate assets, documents and shares. However, progress in this area is slower than the other NFT functions mentioned above, and it is not yet possible to comment definitively.

However, with the increasing development of the world of digital currencies and non-fungible tokens, there is no denying that in the future it will be possible to own a piece of land on the other side of the globe, the only evidence of which is a token in a digital wallet.

NFTs became very popular last month, and they are likely to grow in the future. Of course, there are various other functions for these tokens, which are being added to day by day, and in this article, we focused only on the most important functions of these tokens. For many, with the advent of large corporations that previously did not believe in digital currencies and the crypto world, non-fungible  tokens have much more room to grow than they do now, and you better take a look at them.

Summary: Non-fungible tokens have various uses, some examples of which were introduced in this article. 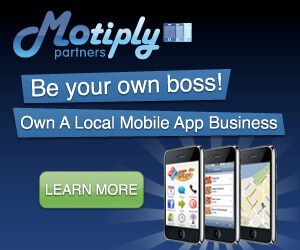 How Can Workers Improve Their Printing Techniques?

Optimising Your Business Sales: What You Need To Know

Solutions For Reducing The Amount Your Business Spends On Consultation

The Importance Of Diversifying Your Investment Portfolio

Three Ways To Upgrade Your Company In 2022: A Guide For Business Owners

What Does Restructuring A Business Mean And How To Do It?